Located in the Midlands of Ireland, Tullamore boasts a unique geographic location. The Slieve Bloom Mountains lie to the south, while north of the town are the Arden Hills, a gravel ridge which is a product of the Ice Age. The boglands, for which this part of County Offaly is known, lie to the east and west. Beyond the boglands on the easter side lies Croghan Hill, an extinct volcano. The River Shannon flows to the southwest of the town, while the town itself is divided by the Tullamore River.

The capital town of Offaly and the powerhouse of the country, Tullamore has a population of 250,000 serving a 30-mile radius. Tullamore is the administrative capital of County Offaly, and is linked with the main cities through excellent road, rail and telecommunication networks.

Tullamore continues to attract a growing number of multi-international businesses, including health industries, such as Boston Scientific, Tyco Healthcare and Zaninni Ireland (packaging for the pharmaceutical industry).

In the last 20 years, Ireland has seen a dramatic transformation in business, education and economic fortunes. The Atlantic Corridor was formed to assist in providing global and cross-border links, which will facilitate the acceleration of development in the Midlands, and for Tullamore.

With world-class heritage sites such as Clonmacnoise, Durrow and Charleville Forest, Tullamore has enough attraction within a half-hour drive to enjoy down time. Leisure and recreational facilities in and around Tullamore include Tullamore Town Park, Tullamore Leisure Center, regional sports facilities, canal waterway, working and protected bogs, wildlife, forestry and agriculture. Famous for its Tullamore Dew Irish Whiskey, the Heritage Center is a major destination for visitors in Tullamore.

Tullamore also hosts an Annual Phoenix Festival. The town of Tullamore experienced the world's first aviation disaster in 1785 when a hot air balloon crash landed during the "coming of age" celebrations for Lord Charleville. Due to a combination of the restructuring of the town, the arrival of the Grand Canal in 1798, and the success of local whiskey distilling, the town experienced unprecedented growth. The "Phoenix" was later adopted as the town's coat of arms. 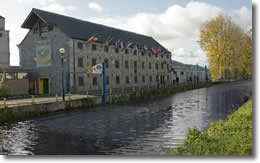 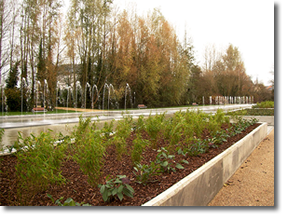